Help Choose the Five Most Important Carbon-Related Reactions, Earn a Chance to Participate in a DCO Workshop

Ever wonder what the most important reaction on Earth might be?

Well, now you have a chance to render an opinion and enter into the debate by clicking here, and earn a chance to participate in a workshop in Washington, D.C. in March 2018.

“The question was raised at a DCO workshop in Rhode Island in 2015, when someone claimed that serpentinization was the most important reaction in the universe, triggering a lively and spirited debate,” explains Jackie Li (University of Michigan, USA), "This prompted Simon Redfern (University of Cambridge, UK) and me to propose a way to find the answer.”

Li and Redfern proposed polling the deep carbon science network to seek input on the five most important reactions on Earth that govern the transformation and movement of carbon in Earth. These five reactions will then be used as central themes for synthesizing and disseminating deep carbon knowledge and findings, while also providing a new and integrative perspective for scientists to understand and advance deep carbon science. 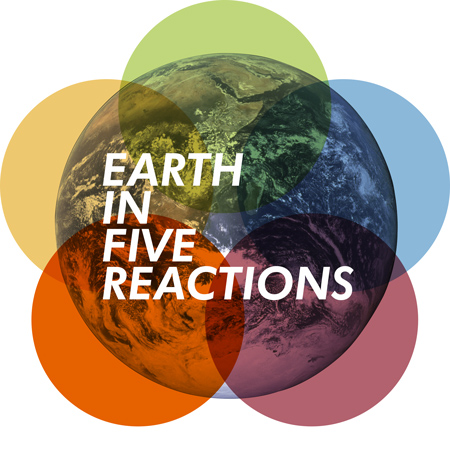 The “Earth in Five Reactions” (5R) Synthesis project involves a number of steps. First, at the third International DCO Science Meeting at St. Andrews University in Scotland in March, Li and Redfern unveiled the concept and, in turn, received 30 suggestions for the top five.

The next step is now, with the opportunity for all members of the DCO science network to weigh in. To complete the survey, click here.

The survey consists of three tiers of questions. Respondents who complete all three tiers of the survey will be considered for the opportunity to participate in a 5R workshop in Washington, DC, in March 2018. Workshop participants will use the survey responses to arrive at a consensus, and develop a plan for sharing key advances in deep carbon science with the scientific community and broader audiences using the framework of the top five reactions. Following the workshop, a special issue will highlight the scientific products, in addition to multi-media educational resources.

“By organizing DCO’s abundant and disparate discoveries into a coherent structure, the program-wide 5R synthesis project has the potential to motivate and guide future research by helping scientists identify data gaps in understanding,” added Li. “It also has the potential to establish new frontiers for scientific exploration and investigation.”

The ultimate goal of this survey is to define the key reactions, transformations, and movements of carbon in Earth. When completing it, keep in mind the following criteria for selecting a handful of reactions out of myriad chemical processes involving carbon in different host phases, variable valence states, under a wide range of pressure and temperature conditions, and over a vast span of spatial and temporal scales.

An example reaction to help you get started:

Redox reactions involving carbon-bearing species with variable valence state are but one example of reactions that are of interest to different communities within DCO. A search of the DCO’s publication portal resulted in 23 scholarly articles about these reactions. Redox reactions were found to influence melting in the Earth’s mantle (e.g., Litasov 2011; Dasgupta and Hirschmann 2010; Extreme Physics and Chemistry), volcanism and diamond formation (e.g., Cottrell and Kelley 2013; Sverjensky and Huang 2015; Reservoirs and Fluxes), the behavior of microbial communities (e.g., Felden et al. 2014; Contreras et al. 2013, Deep Life), and the abiogenic production of hydrocarbons (e.g., Andeani et al. 2013; Debret et al. 2014; Deep Energy). Some cross-community research projects have also been carried out to investigate the stability of glutamic acid in hydrothermal fluids (e.g., Namhey et al. 2014, Secretariat).

Given the prevalence of redox reactions in geological and biological processes, 23 articles may appear rather few. Indeed, many more articles on the DCO publication list involve a redox reaction as a key process but are not retrieved readily by the search. For instance, redox evolution often occurs during serpentinization, a geological process through which mafic and ultramafic rocks react with water to form serpentinite. In the presence of iron, serpentinization may produce hydrogen and form methane, thus profoundly influencing the deep carbon cycle (e.g., McCollom and Seewald 2013; Crespo-Medina et al. 2014). Searching for “serpentinization’ on the same site returned 83 articles. The idea is that through the 5R synthesis process, most, if not all, of the DCO findings in which redox reaction plays a crucial role could be identified, providing insights into its contribution and influence over the deep carbon cycle.

“We are hoping that this is an enjoyable intellectual exercise that involves many to arrive at a very tangible, effective framework for sharing what has been learned by the deep carbon science community,” adds Li, "We invite all DCO members to fill out the survey and contribute to this synthesis initiative".

DCO Highlights Symphony in C: A Carbon Symphony is Released

A recording of Symphony in C: A Carbon Symphony, composed by David Earl, performed by the Royal…