More than 150 members of the Deep Carbon Observatory (DCO) Science Network gathered at the University of St Andrews, Scotland to present forefront research on deep carbon science at the Third DCO International Science Meeting from 23-25 March 2017.

During welcoming remarks, Science Program Committee Chair Chris Ballentine (University of Oxford, UK) and Local Host Sami Mikhail, (University of St Andrews, UK) explained the meeting’s nontraditional structure, in which early and mid-career scientists would give many of the oral presentations and senior scientists would give many of the poster presentations. This role reversal provided opportunities for all participants to learn about research conducted by early career scientists during the plenary oral sessions, and facilitated one-on-one conversations between early career and senior colleagues at the poster sessions. A primary motivation for this strategy is that DCO leadership views its burgeoning early career scientist community as one of the most important legacies of the program.

Speakers presented on topics ranging from the Rosetta mission and possible origins of Earth’s carbon, to diamonds and the myriad of forms of carbon in Earth’s mantle, to the role of serpentinization and hydrogen formation in continental crust. Many DCO colleagues presented their progress toward quantifying and tracing the path of the deep carbon cycle, one of DCO’s decadal goals. Researchers shared their work on carbon fluxes to and from Earth’s mantle, including the role of subduction of carbon in marine sediments and carbon degassing from subaerial volcanoes, methane hydrates, and submarine mud volcanoes.

Many presenters demonstrated the success of using modeling and visualization as a means to synthesize disparate aspects of deep carbon science. In an invited public lecture at the University of St Andrews, for example, DCO Executive Director Robert Hazen (Carnegie Institution for Science, USA) showed the power of big data for finding new patterns in vast datasets. 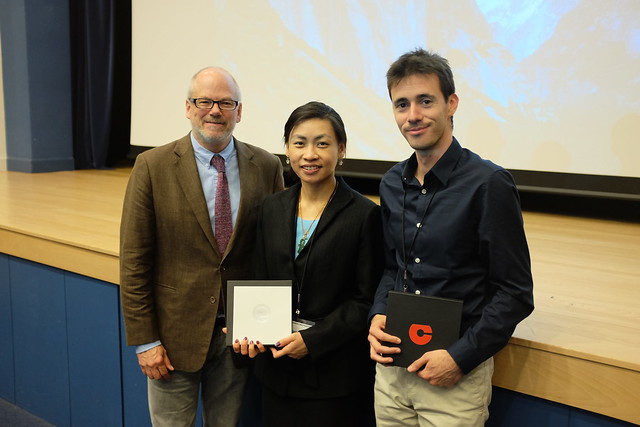 The Executive Committee also recognized the contribution of early career scientists by presenting DCO Emerging Leader Awards to— Yves Moussallam (University of Cambridge, UK) and Maggie CY Lau (Princeton University, USA). Selected through an open nomination process, the two awardees were recognized for their outstanding contributions to deep carbon science and unique potential as future leaders of the DCO community. Both recipients delivered special award lectures on their work, with Moussallam presenting the “Trail by Fire” field campaign that visited 15 subduction zone volcanoes in South America, and Lau discussing her research on life in the deep continental subsurface. 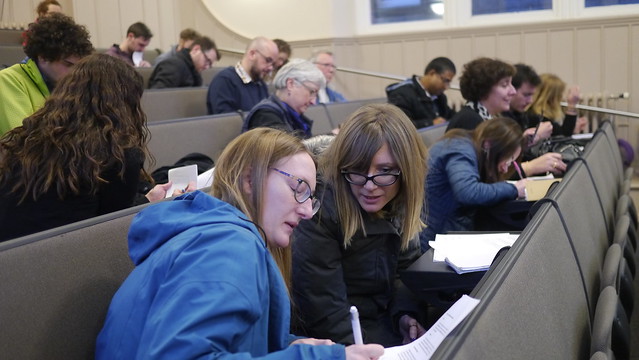 Meetings of Opportunity
To take advantage of gathering of many of its members, the DCO Executive Committee convened a meeting in St Andrews on 22 March 2017 to continue planning DCO activities in 2017-2019, including synthesis activities that will culminate with celebratory events in the United Kingdom in 2019. DCO Director Craig Schiffries said, “We are planning for the future of deep carbon science beyond the DCO decadal program, which was launched in 2009 with generous support from the Alfred P. Sloan Foundation.”

Looking Ahead
This intense three-day scientific program demonstrated how far deep carbon science has come and how many questions remain unanswered . Although the Sloan Foundation’s support for the DCO decadal program concludes in 2019, this meeting made it clear finding the answers to these outstanding questions in the field of deep carbon science will motivate the next generation of researchers in 2020 and beyond.